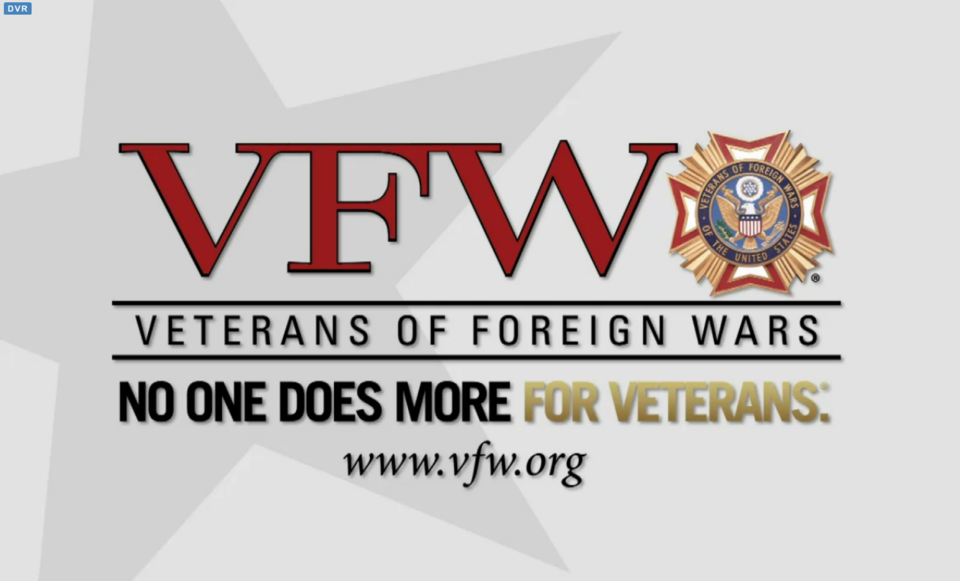 HAVE RESUMED EVERY SECOND THURSDAY

EVERYONE IS CORDIALLY INVITED to all regular meetings that are held monthly on the second Thursday at 6:30 PM in Fuller Memorial Community Center of Collegedale, Tennessee, City Hall.                           SEE YOU SOON!

WORDS FAIL WHEN HEARTS BREAK DUE TO THE DEPARTURE OF THE FIRST COMMANDER OF OUR POST   J. VERNON HEROD

WHOSE SERVICE TO GOD AND COUNTRY WILL NEVER BE FORGOTTEN, ACKNOWLEDGED RESPECTFULLY HERE.

FOR A FULLER REVIEW OF HIS PARTICIPATION IN VFW POST 1697 PLEASE REFER TO THE  Index of Names AND Service Stories AND Scans from our Post's Scrapbook.

Remember/review the unveiling of a new bronze statue of a female military person at the Collegedale Veterans Memorial Park on Memorial Day, May 31, 2021:

FOR THE CAPTION HOVER YOUR MOUSE POINTER ON THE PHOTOGRAPHS BELOW AND CLICK TO ENLARGE THE PICTURE. 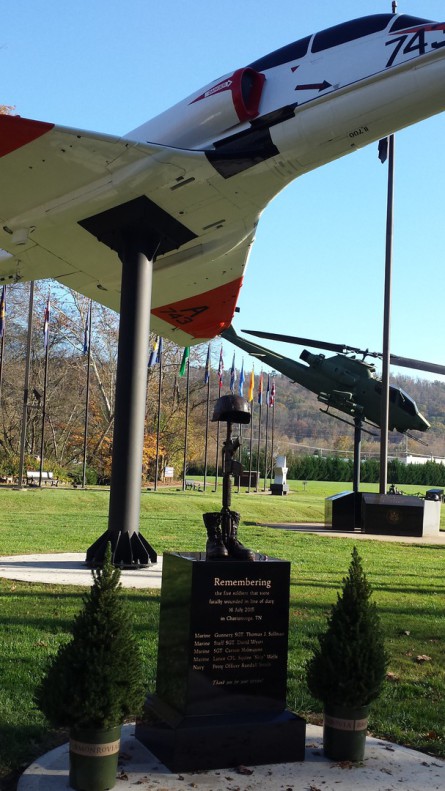 2019 Donations to the Community

Thank you for your support! 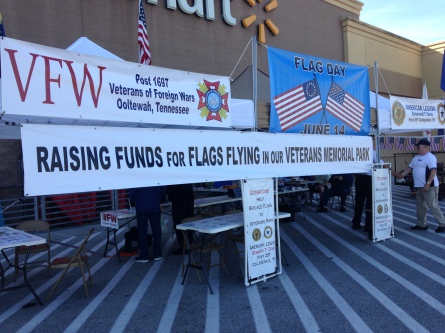 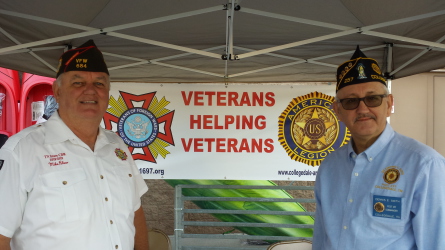 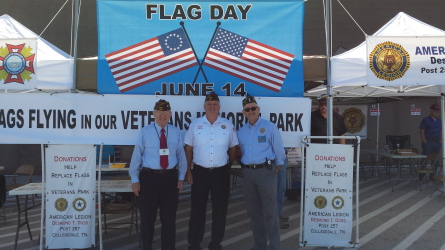 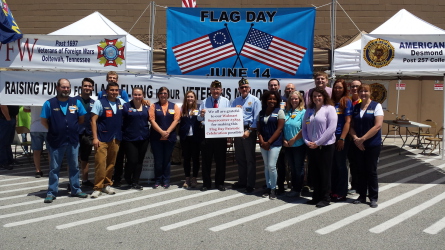 2019 Flag Day Patriotic Celebration (4):  A big “Thank you” to everyone at Walmart Supercenter #3835 in Collegedale/Ooltewah, Tennessee, for hosting and assisting in the 2019 Flag Day Patriotic Celebration on June 14 as coming from your fellow Patriots in Desmond T. Doss American Legion Post 257 of Collegedale and Ooltewah Veterans of Foreign Wars Post 1697.  On the hand-held poster:

We all are grateful to our Walmart Supercenter #3835 for making this Flag Day Patriotic Celebration possible! 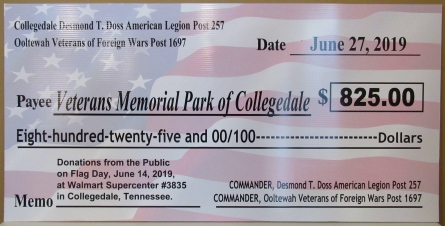 Donations TOTAL from the Public on Flag Day, June 14, 2019, at Walmart Supercenter #3835 in Collegedale, Tennessee, for Collegedale VETERANS MEMORIAL PARK flags.  THANK YOU TO ALL!

The 2019 FLAG DAY PATRIOTIC CELEBRATION on Friday, June 14, harks back to 1777 when the CONTINENTAL CONGRESS officially adopted THE STARS AND STRIPES as the Flag of THE UNITED STATES. Our commemoration--conducted jointly with Desmond T. Doss American Legion Post 257--will take place next to Walmart Supercenter #3835 off Little Debbie Parkway in COLLEGEDALE as a fund raiser for the flags flying in our VETERANS MEMORIAL PARK on Apison Pike. Those flags include THE STARS AND STRIPES and FIFTY STATE FLAGS that need replacing every year because they are flown around the clock. THIS WAY  THE PUBLIC WILL HAVE OPPORTUNITY TO SUPPORT OUR PATRIOTIC MISSION TO REMEMBER OUR VETERANS FROM EVERY STATE AND IN EACH BRANCH OF THE UNITED STATES MILITARY WHO SERVED THEIR COUNTRY IN PEACE AND IN WAR. 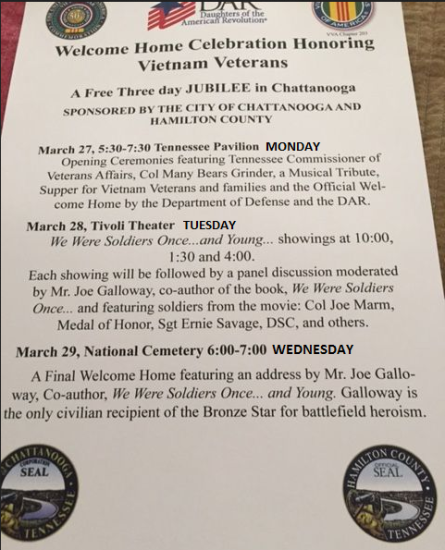 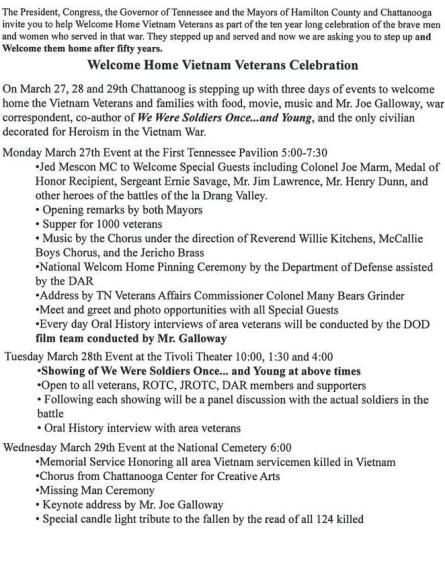 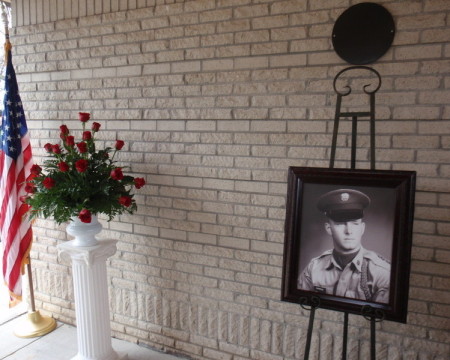 KENNETH A. BURNHAM was laid to rest in Chattanooga National Cemetery. 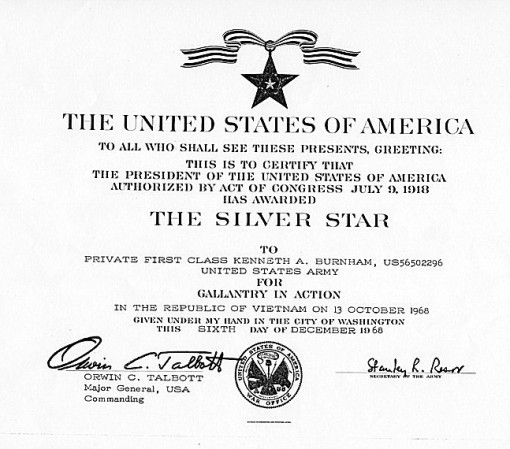 The Silver Star was awarded to PFC Kenneth A. Burnham, USA in 1968.

DEPARTMENT OF THE ARMY

AWARD OF THE SILVER STAR

Reason:          For gallantry in action while engaged in military

in the Republic of Vietnam: On this Date, Private First

Class Burnham was serving as a medical aidman with his

company on a reconnaissance in force operation seven

kilometers south of Phuoc Vinh Base Camp. As the

friendly force proceeded through the dense jungle, it was

weapons, and claymore mine fire from enemy bunkers which

maneuvered through the hail of hostile rounds to the

Class Burnham was wounded in the leg. Ignoring his

painful injury, he dragged his comrade to a more secure

wounded again, he continued to brave the aggressor

barrage raking the area and administered first aid to the

concern for his companions were instrumental in saving

many soldiers’ lives, and significantly contributed to

the successful outcome of the encounter. Private First

against numerically superior hostile forces is in

keeping with the finest traditions of the military

service and reflects great credit upon himself, the

Authority:       By direction of the President, as established by the

Enlarge KENNETH A. BURNHAM's Silver Star Citation for easier reading by pressing CTRL PLUS(+) on your keyboard. To return to normal size press CTRL ZERO(0). 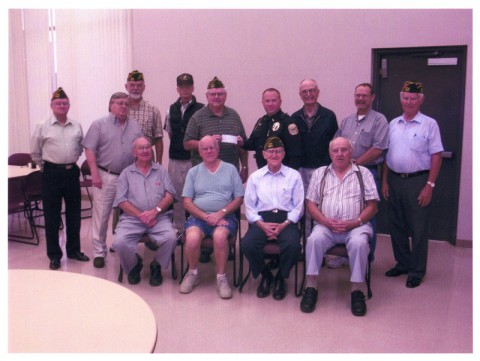 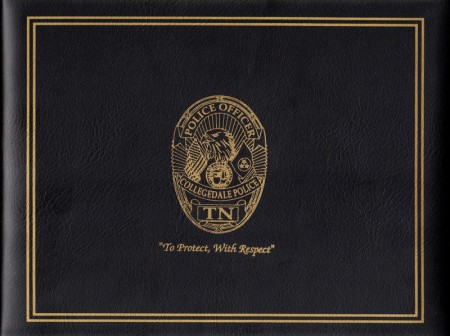 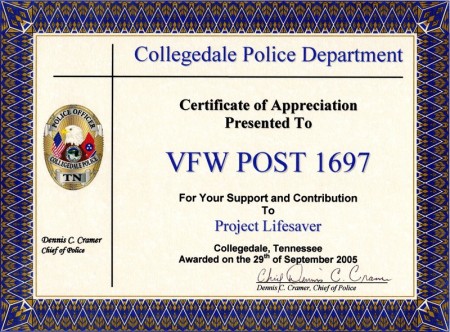 . . . From our Post Archive, rediscovered by the Webmaster for proud display. 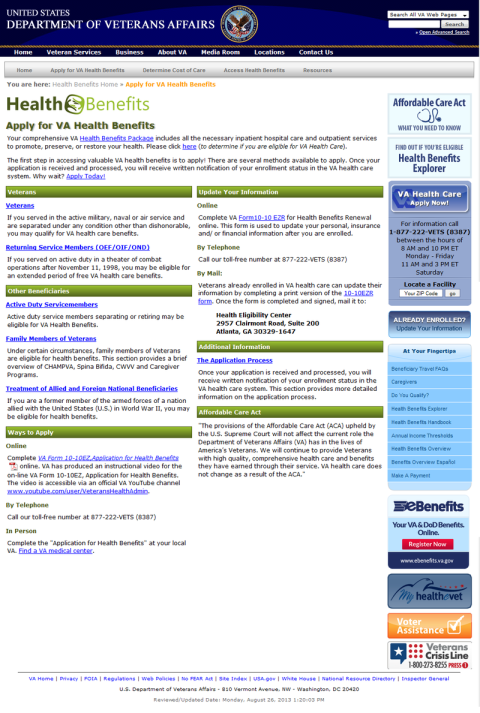 Or apply for VA Health Benefits in person here:

Want to get all the service medals you're entitled to? Start by submitting the REQUEST PERTAINING TO MILITARY RECORDS: 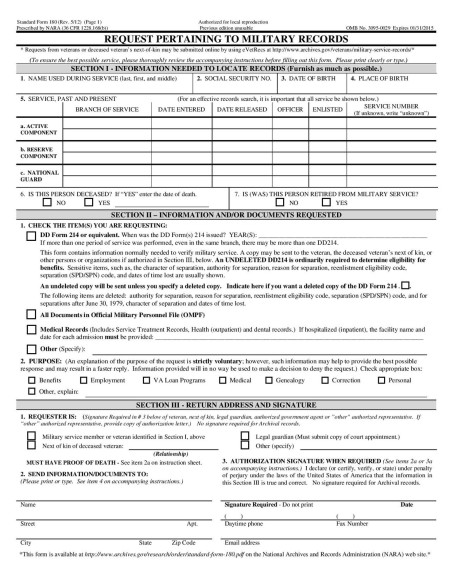 HOW TO FILL OUT THE FORM REQUEST PERTAINING TO MILITARY RECORDS:

Complete SECTION I - INFORMATION NEEDED TO LOCATE RECORDS. and mark Question 6 NO.

In SECTION II - INFORMATION AND/OR DOCUMENTS REQUESTED﻿ check the DD Form 214 or equivalent box and All Documents in Official Military Personnel File (OPMF) box.  Under 2. Purpose: check boxes Personal and Other, explain:  Write in All Ribbons and Medals Authorized to be worn.

In Section III - RETURN ADDRESS AND SIGNATURE under 1. REQUESTER IS: check box Military service member or veteran identified in Section I, above.

Fill out 2. SEND INFORMATION/DOCUMENTS TO:  and 3. AUTHORIZATION SIGNATURE WHEN REQUIRED.

OUR THANKS TO DESMOND T. DOSS AMERICAN LEGION ﻿POST 257 1ST VICE COMMANDER DENNIS SMITH FOR HIS GUIDANCE TO US!﻿

View slides of the Collegedale, Tennessee VETERANS MEMORIAL PARK under the ABOUT US tab.